It was a damp start to this year’s John Mulholland Motors Ulster Rally which returned to the classic Antrim stages after an absence of 5 years. British Rally Championship contender Rhys Yates’s Skoda Fabia took an initial lead on the first run over the stage 1, Glendun, ahead of Irish Tarmac Championship contender Josh Moffett and local man Jonny Greer, both driving Ford Fiestas. 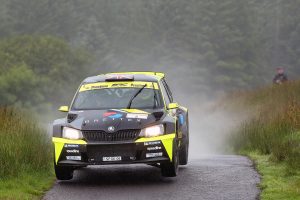 Greer upped the pace on stage 2, Torr Head, to leapfrog Moffett but was caught out on the wet conditions on stage 3, Cairncastle, sliding off the road and partially blocking the stage. Moffett benefited from a clean run through Cairncastle to take the lead from Yates which he strengthened with 2 further fastest times to end day 1 with a lead of 4.4 seconds from Matt Edwards who put in ’a flyer’ on the final stage of the day to jump ahead of Yates to claim second. 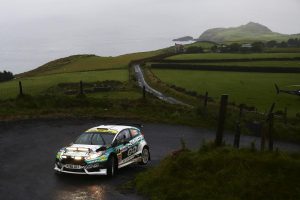 Scots visitor David Bogie, with local co-driver John Rowan, finishes day 1 in fourth ahead of Marty McCormack. Alex Laffey, Philip Allen in seventh in the Hyundai I20 ahead of top two wheel drive contenders Camillus Bradley and Kevin Eves, both battling hard in their Escort MkII’s. Norwegian Steve Rokland rounds out the top 10 in his Peugeot 208. 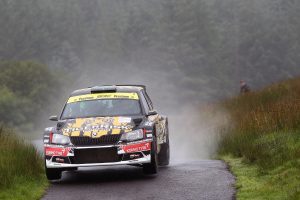 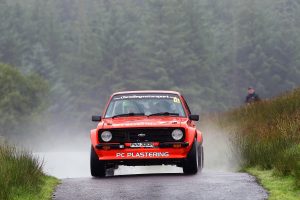 The wet conditions claimed a few drivers during the day with Desi Henry coming to grief close to where Greer went off in Cairncastle and Belfast driver Kyle White found a rock in the side of the road on the second visit to Glendun and removed a wheel from his Peugeot 208. 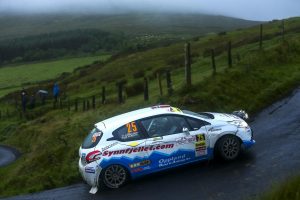 Day 2 of the John Mulholland Motors Ulster Rally kicks off again early on Saturday morning the first run at Langford Lodge scheduled for 07:50 before service in Central Car Park, Antrim and regroup in Randalstown with further 4 stages to the west before the ceremonial Finish in Castle Gardens at around 5.15pm.