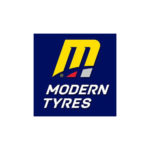 Started in 1965 Modern Tyres has grown to become Ireland’s largest independent tyre retailers with 40 branches Nationwide. We pride ourselves in delivering a top class service offering our customers the largest choice of tyres in stock. You can be assured that we have something to suit your vehicle and your budget.

In 2015 Modern Tyres celebrates 50 years in business, started back in 1965 by Jimmy Byrne the company is still family owned and run today.

Jimmy Byrne started Modern Tyres  in 1965 when  he opened his first retail / wholesale tyre depot in the Old Railway Yard in Enniskillen. Over the years, as his four son’s & daughter entered the business allowing Jimmy time to identify opportunities within the tyre retail sector, sites where purchased in various prominent towns throughout Northern Ireland and the eldest son’s left home to run these depots

As the company expanded Modern Tyres made its first major acquisition by purchasing Ards Tyre Service in Oct 1995, after the success of this came further acquisitions in Belfast, Holywood, Lisburn, Larne, Ballymena bringing the total number of depots to 16. Around this time Modern Tyres recruited a financial controller James McKee from Local accountancy firm Grant Thornton, who had managed Modern’s accounts for many years, and a general manager Charles Corscadden from Bridgestone who had over 25 years’ experience in the tyre industry.

The time was coming for something big and it came in Aug 2002 when Modern purchased the Northern Ireland arm of U.K. giant Motorway Tyre & Exhaust centres. This was the largest single purchase of tyre depots in Northern Ireland history, making headline new across the province.

Further acquisitions were made in Belfast, L’Derry and Strabane during 2003 to 2005.  However in 2012 the opportunity to take over the last three remaining ATS branches in Northern Ireland presented itself giving us a total of thirty branches.

As a company we have always wanted to move into the South of Ireland and in 2013 that opportunity came our way when Hanover Tyres cameo on the Market. With ten locations spread from Dublin to Cork it took our tally of depots to forty.

These acquisitions have made Modern Tyres into a Nationwide network of forty retail fast-fit centres and a Southern Ireland tyre wholesale company, making it the largest independent tyre retail / wholesale company in Ireland. Modern Tyres prides itself on offering an unrivalled level of customer service through the retail, fleet, commercial, agricultural and wholesale markets offering the widest selection of tyres from the leading manufactures as well as batteries, exhausts and Alcoa truck alloy wheels.

Modern Tyres deal direct with all major tyre manufacturers bringing in containers to their warehouses in Enniskillen and Newry on a daily basis. With 30 centres throughout Northern Ireland and 10 in Southern Ireland we stock an extensive range of tyres to service the requirements of today’s motorists. We pride ourselves on the service we give our customers and train all our staff to the highest standards who will give advice on the best tyres to suit your needs.

With a stock holding of upwards of 100,000 car van and 4X4 tyres available at any one time. Tyres are delivered using our own fleet of delivery vans backed up with a next day courier service. 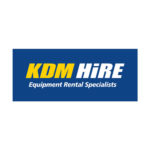 KDM Hire is one of the UK and Ireland’s leading equipment rental companies offering the largest range of equipment for hire with over 1000 different products available.

Established in 1990 and operating from depots in Cookstown and Belfast, the business has grown to become one of the top 100 rental companies in the UK and has won numerous awards for quality, service and customer care. 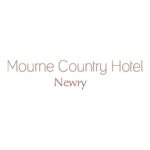 Newry, Mourne and Down District Council 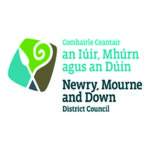 Located in the south-east of Northern Ireland, and covering parts of counties Down and Armagh, our new district is easily accessible fron both Belfast and Dublin. Renowned for its scenic beauty, we are banded on the east by Strangford Lough and Carlingford Lough, and on the west by Slieve Gullion and Slieve Croob, with the picturesque Mourne Mountains at our centre. The district incorporates all of the Mourne Mountains Area of Outstanding Natural Beauty (AONB).

To complement our outstanding natural assets, we are also home to a number of significant built heritage assets, including, Dundrum Castle, Inch Abbey, Jordan’s Castle and Narrow Water Castle.

The district covers parts of counties Armagh and Down, taking in the upper Bann valley and much of the southern shore of Lough Neagh as well as Armagh city. It has a population of 214,090. The name of the new district was announced on 17 September 2008. 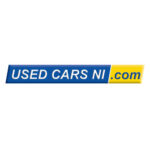 Set up in 2006, Used Cars NI has grown to become Northern Ireland’s biggest and best online car marketplace, with over 16,000 cars to choose from – more than any other NI website.

A comprehensive list of features, included optional extras, industry-leading vehicle data, and personalised finance options will provide you with everything you need to make a well-informed decision about your next car.  All that’s left for you to do is set your budget, compare your favourites, and book your test drive!

Used Cars NI are proud to support the Ulster Rally, and we would like to wish all competitors the very best of luck.

And we continue to go “out of our way” for all our customers.

It was a momentous time in many ways when WG Creighton first opened the doors of Finaghy Garage in the autumn of 1936.

William’s garage, with a couple of pumps out front, has since grown to become a South Belfast landmark with its famous tiger proudly surveying the world around it from its place atop ‘Creightons of Finaghy’, now a 3,000 sq ft Eurospar store that includes a Post Office, Ticketmaster, top quality Deli, florists, carwash and fuel store that’s open 24 hours a day, 364 days of the year.

A separate Creightons Garage Repair and Vehicle Recovery Service business plus Autostore are also nearby, an echo of the early days of the company; and a new Creightons of Blacks Road and Creightons of Balmoral have been developed to ensure our customers continue to enjoy the best possible choice and service.

What hasn’t changed over all those years is that unique Creighton Family focus on innovation, quality, choice and customer service that has guided the company since WG opened for business just over 80 years ago.

And it’s that same focus that will drive the company forward into the next 80 years. We hope you will continue to be part of it all.