BRITISH TITLES TO BE DECIDED ON ULSTER RALLY

BRITISH TITLES TO BE DECIDED ON ULSTER RALLY

Reigning British champion Matt Edwards kept his hopes of retaining the BRC1 crown for a third successive campaign alive at the penultimate event in Wales last month. Makeshift repairs to his car on road sections before the start of the last three stages staved off certain retirement, and allowed the Volkswagen Polo driver to complete the event and bag some precious points.

“It was the toughest few hours of my career so far I think,” said Edwards, who led the BRC field home on the 2019 Ulster Rally, “but looking back I am really proud of how we dealt with the situation. We kept cool and did what we needed to do. It is still all to play for; it is why I do this. Now it is all about how we can win in Ulster – the focus on that will never waiver,” he added. 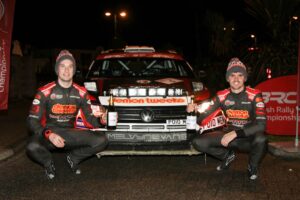 Fellow Welshman Osian Pryce currently enjoys an 8-point buffer heading into the closed-road event in Newry once the dropped score rule is applied and will be assured of a maiden British Rally Championship title if Edwards fails to win on Irish soil next Saturday.

“I’m looking forward to the Ulster Rally,” said Pryce. “Although we won the event in 2013, this year’s rally is based in a different area, so the stages are all new to us. The plan is very similar to the Cambrian – aim to stay in front of Matt, or at least not allow him to win the event.”

The BRC1 trophy was whittled down from three candidates to two on the penultimate round when M-Sport Ford driver Matthew Wilson bowed out on the opener with mechanical damage. 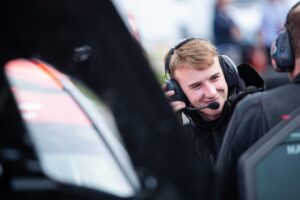 Meanwhile, the Junior BRC trophy will return either to Moira in County Down with the current leader, William Creighton, or north west to County Donegal in the hands of Eamonn Kelly.

Creighton won last time out on the Cambrian to make it three straight class wins, while Kelly’s identical front-wheel-drive Ford Fiesta Rally4 car was stopped in its tracks by driveshaft failure.

“I’ve been taking it rally by rally and just focusing on trying to drive well and keep improving,” said Creighton, who has finished runner-up in the JBRC on two previous occasions. “We’re in a good place, but there is still plenty of kilometres to do and I am sure the Ulster is going to be a challenging event, so it’s important that I don’t take my eye of the ball,” added the 23-year-old. 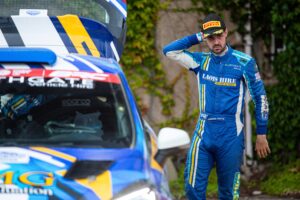 In the simplest terms, if Kelly manages a second win of 2021, he would take 25 points plus five bonus points for playing his ‘Joker’ card. In that case, Creighton must finish eighth – or higher.

“When you count dropped scores, I think the odds are stacked against us,” said Kelly. “However, stranger things have happened in rallying and regardless of what happens I really want to go out and further prove that I can win such events, so it’s a no brainer. It’s flat out from the word go.”

Looking ahead to the meeting, Event Director Richard Swanston said: “With two titles up for grabs, the 2021 Modern Tyres Ulster International Rally is shaping up very nicely. It promises to be a fantastic showdown and a fitting conclusion to this year’s British Rally Championship. Our preparations in Newry are on schedule to host what will hopefully be a very memorable event.

“Whichever driver ends up being crowned British and Junior British Rally champion on the 2021 Modern Tyres Ulster International Rally will have definitely earned it,” he added. “The stages, the weather, and driving in the dark add up to make this the most difficult round of them all.”