Tight at the top, Cronin leads as Pryce charges after Day One of the Ulster Rally

Tight at the top, Cronin leads as Pryce charges after Day One of the Ulster Rally

After a dramatic days racing, it’s neck and neck at the head of John Mulholland Motors Ulster Rally. Overall Keith Cronin in his Ford Fiesta, hangs on to a slender lead of 1.1 seconds ahead of welsh man Osian Pryce was on a charge to close the gap on the final stage of the day.

Prestone MSA British Rally Championship Leader, Fredrik Åhlin and Torstein Eriksen are a further 18 seconds back from the front runners so it’s all to play for tomorrow. The changeable weather conditions played havoc throughout the day with all crews with rocks and stones being washed out into the roads which caused numerous punctures including Marty McCormack, Desi Henry and Alan Carmichael to name a few. 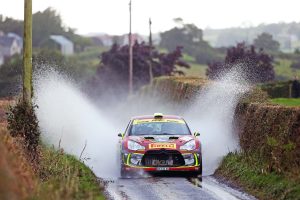 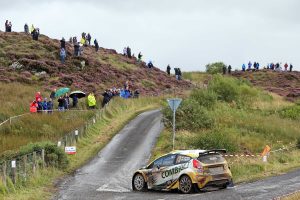 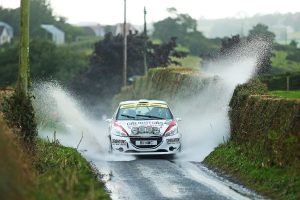 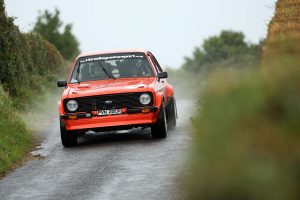 It’s all set up for a great day at Ulster Rally tomorrow as weather conditions are set to improve with action starting at 7.45am just north of Donemanagh. Both Regroup sessions take place in Strabane (Castle Street) where you can catch up with the crews at 9am and 2pm.